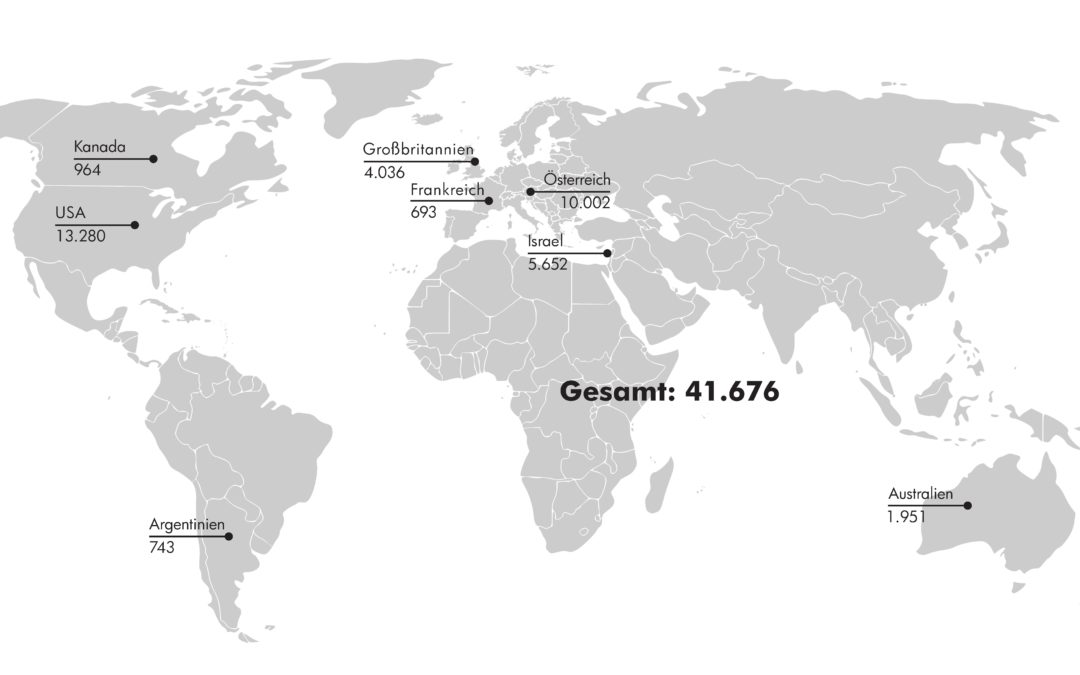 National Fund and General Settlement Fund
The applicants of the National Fund and the General Settlement Fund live or lived in over 80 countries around the world. The overwhelming majority of Austrians who fled persecution in Austria during the Nazi era did not return, but remained in their countries of refuge and exile after the war ended in 1945. The country in which most applicants took up residence was the USA, followed by Austria, Israel, Great Britain, Australia, Canada, Argentina and France.

Since 1995, more than 34,000 persons have contacted the National Fund and submitted an application. Around two thirds of the applicants to the National Fund also submitted an application to the General Settlement Fund: a total of 20,702 persons applied for compensation of assets – 9,650 of them as heirs of persecuted persons, 11,052 for losses they had incurred personally, 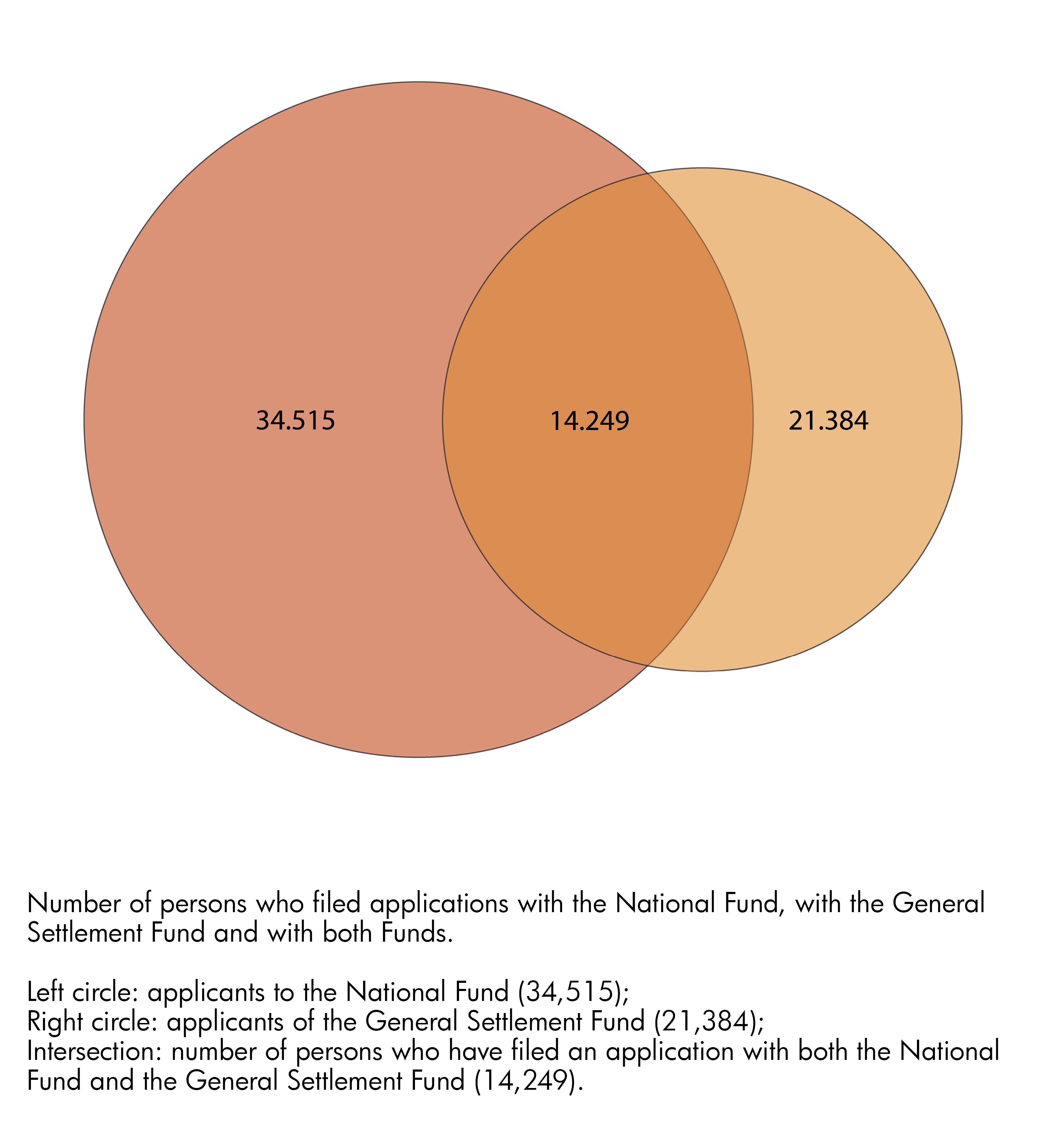 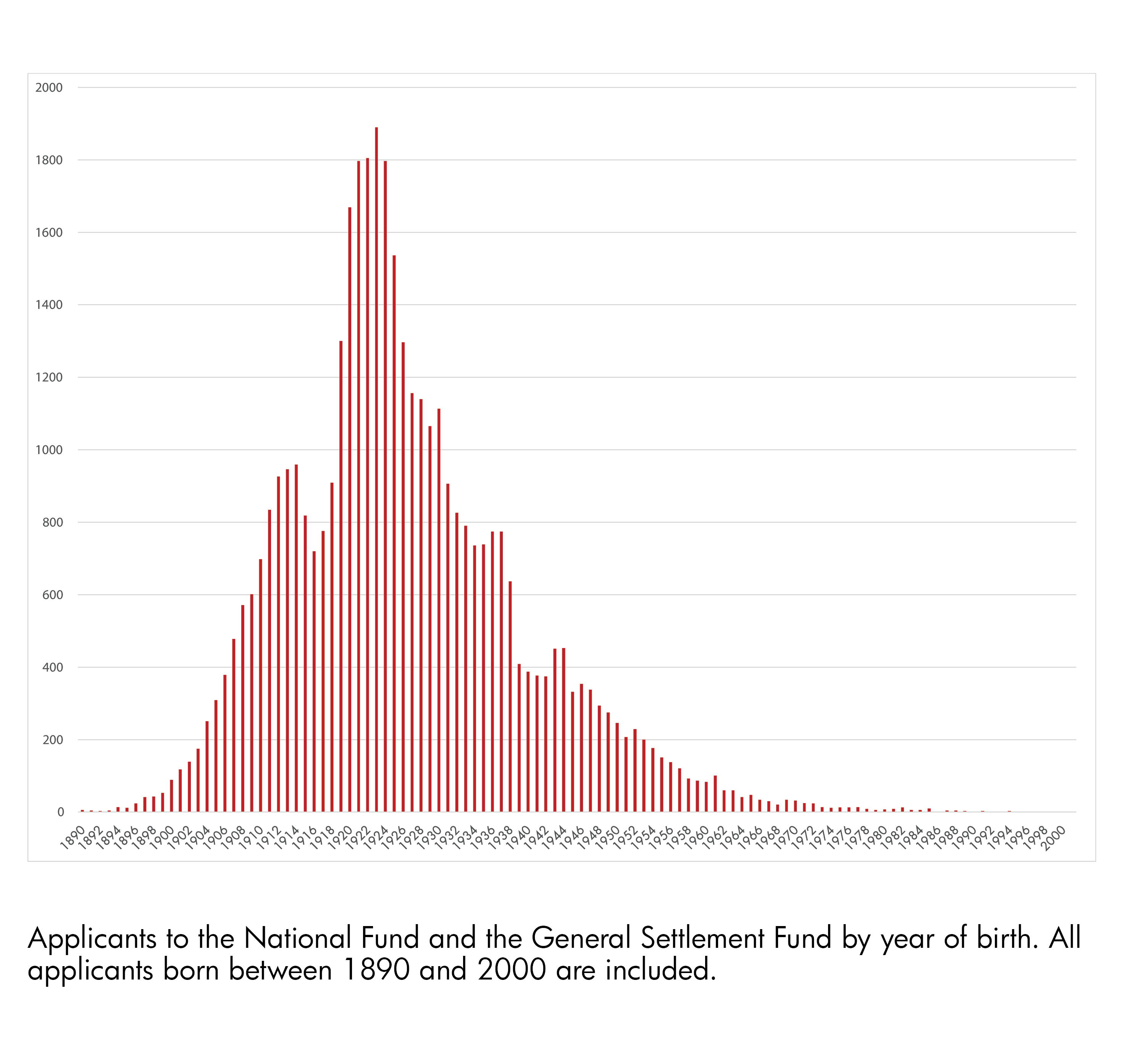