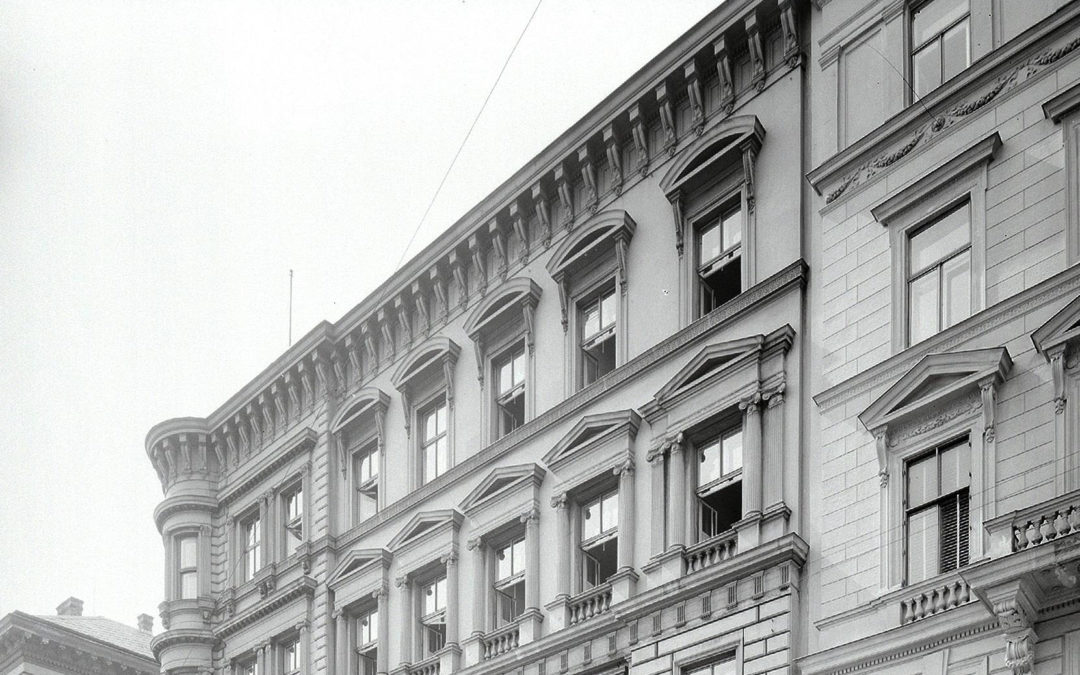 The Arbitration Panel for In Rem Restitution was established on the basis of the Washington Agreement of 2001 and could recommend the restitution of real estate, superstructures, and the moveable assets of Jewish communal organizations, if they had been seized between 1938 and 1945 and were publicly owned on 17 January 2001.

In cases where the claim to restitution had already been decided on by Austrian courts or administrative bodies or settled by agreement, the Arbitration Panel could only recommend in rem restitution if it considered the prior measure in question to have constituted an “extreme injustice”. 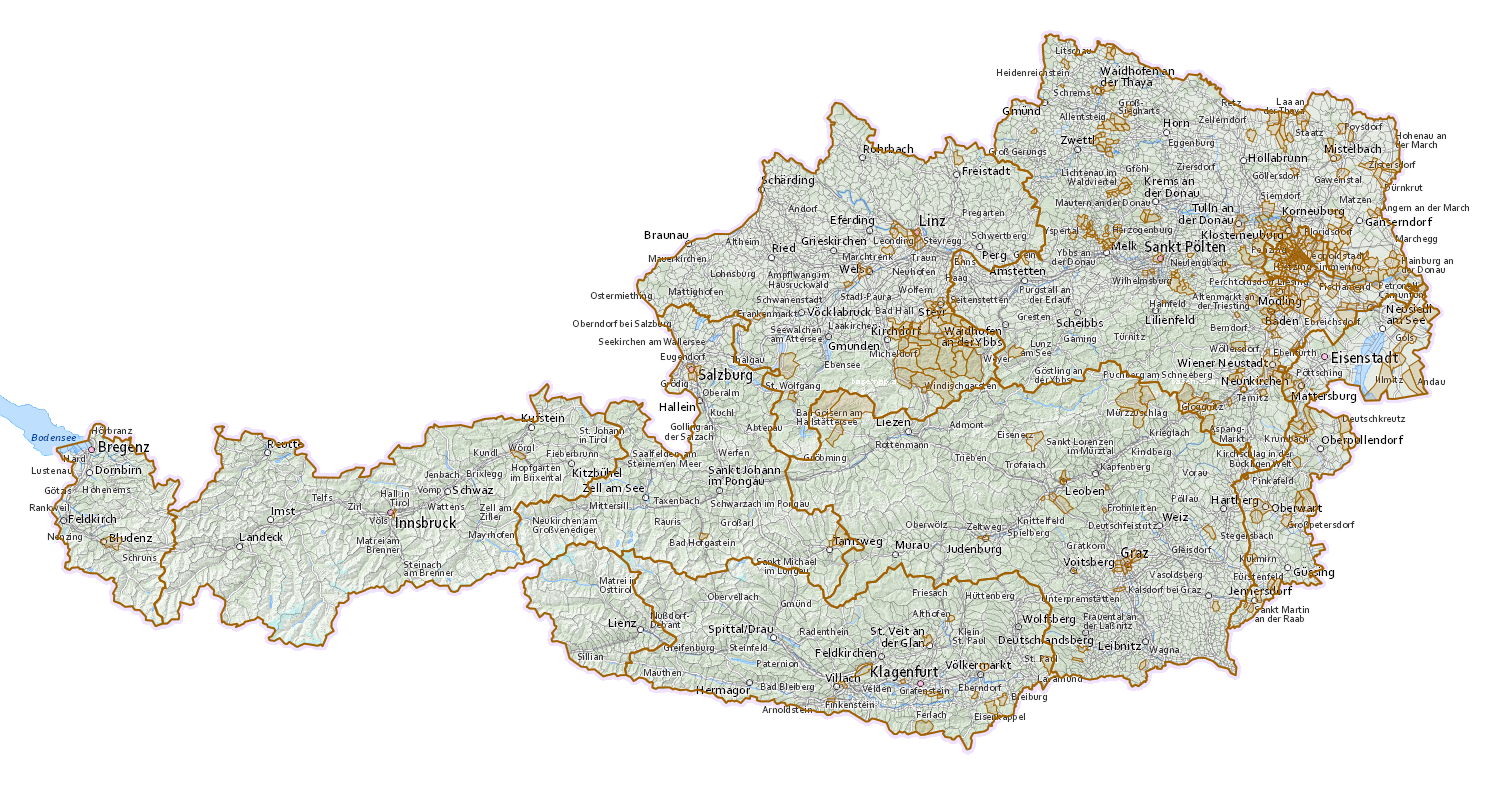 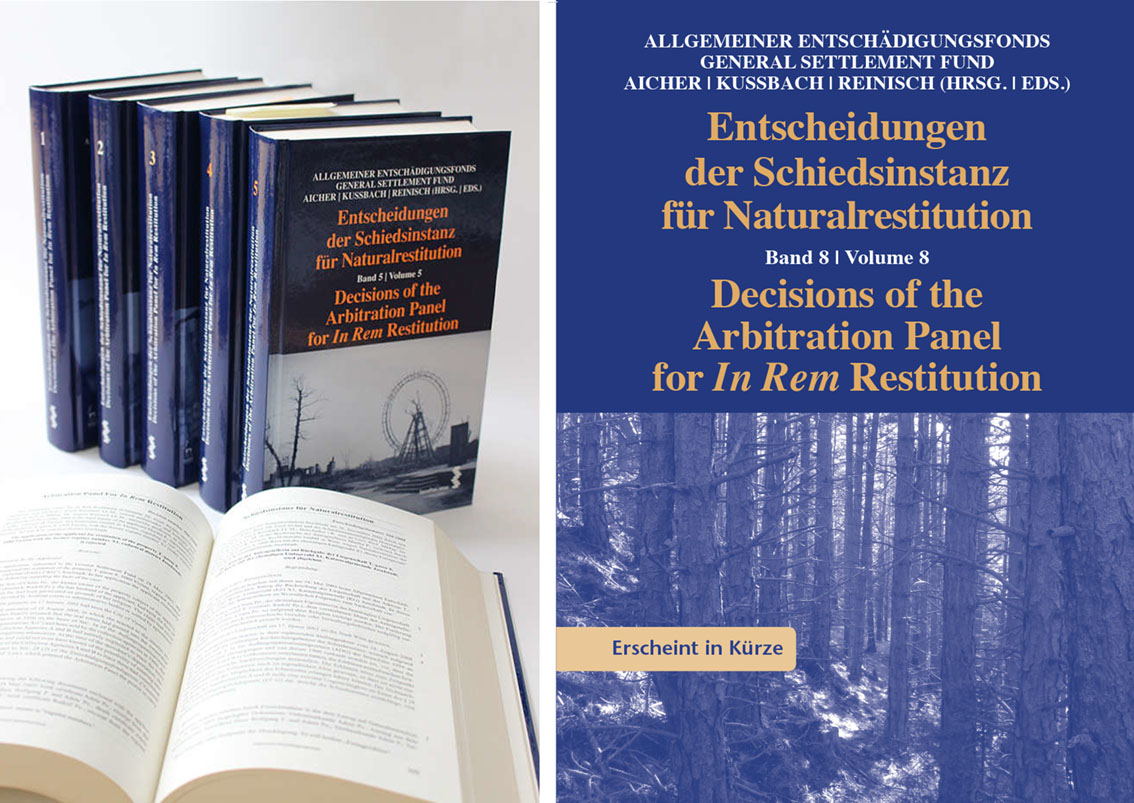 Topographical distribution of the requested properties according to cadastral district, online at https://maps.nationalfonds.org/sigis.
Volume 7 and volume 8 of the book series “Decisions of the Arbitration Panel for In Rem Restitution”
© Top: A property recommended for in rem restitution in the 1st Municipal District of Vienna, 1939, Austrian National Library/Picture Archive Austria Bottom left: facultas/wav
Back to the Exhibition