LOSSES AND PAYMENTS
The Claims Committee of the General Settlement Fund could award compensation for individual losses and damage in ten different categories. This task was incomparably more complex than other national or international compensation measures, where claims could be filed in just a few categories of assets or compensation was awarded in lump sums.

In total, the Claims Committee decided on 151,949 claims – over two thirds of which were accepted. Around 32 % related to occupational and educational losses, a further 22 % to liquidated businesses and around 15 % involved stocks and securities. The remaining 31 % were distributed among the other categories of assets.

The diagram shows the asset categories in which claims were made and how many of them were granted (green), rejected (red) or not decided on (grey) by the Claims Committee. Most of the merited claims related to occupational and educational losses (38,877), movable property (19,778) and liquidated businesses (13,262). The majority of rejected claims concerned real estate (13,773), most of which had already been dealt with by earlier restitution measures and had been restituted or compensated in a financial settlement. These results reflect Austrian post-war restitution policy, which followed the principle of only restituting assets that still existed after 1945. 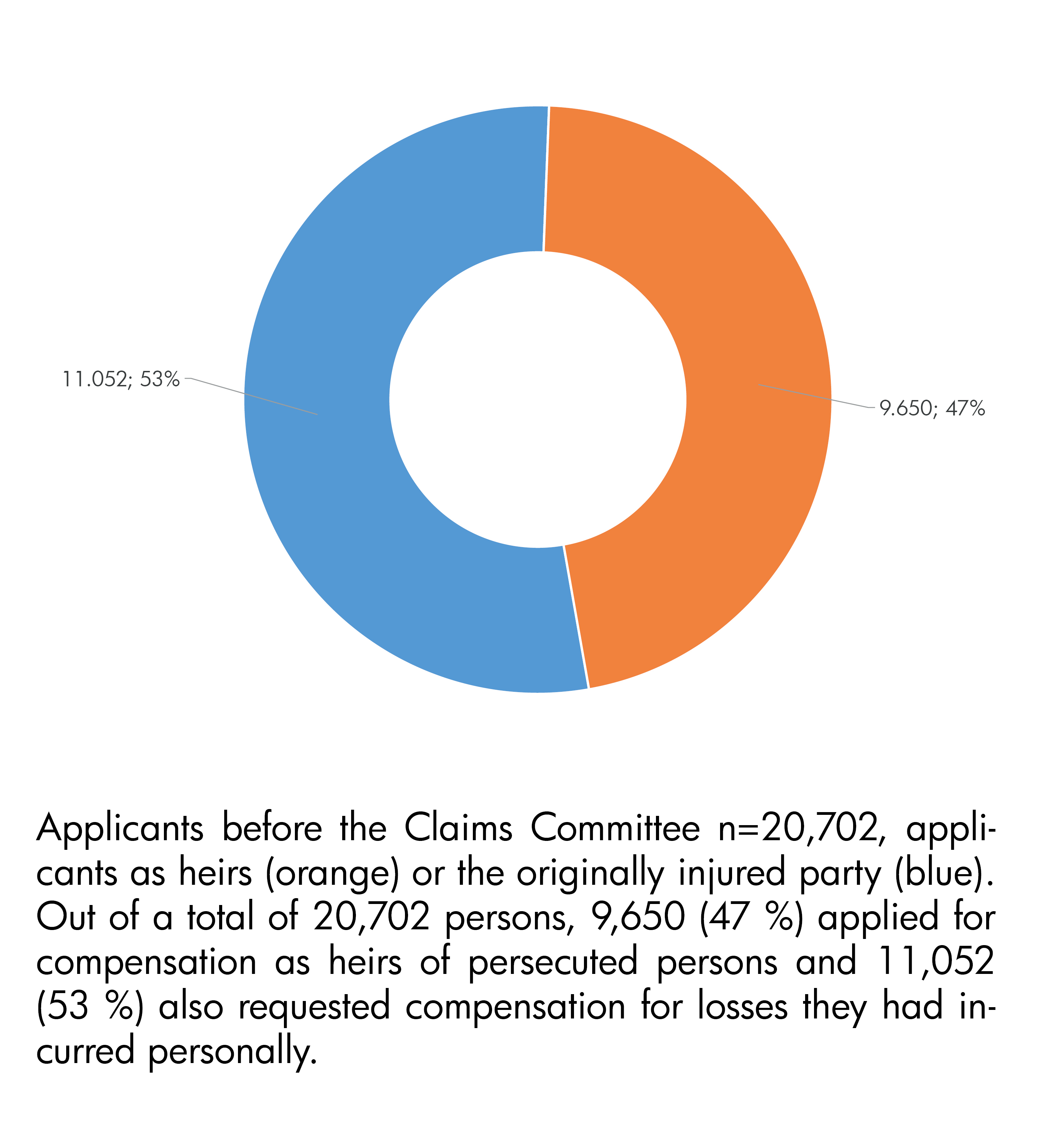